Sant Giani Kartar Singh Jee was thirteenth in the line of enlightened spiritual masters leading the Damdami Taksal. The S.G.P.C, responsible for managing the affairs of Sikhs and for Dharam Parchar, once referred to Damdami Taksal as the travelling University of the Sikhs.

Sant Giani Kartar Singh Jee was amongst the youngest of all saints to lead this institute. Alongside this, they were the only Mahapurkh to be formerly educated in a college. Their appointment as Mukh Sevadar brought a fresh wave of reform amongst the Sikh populous. They challenged social vices, age-old ‘traditions’ and any behaviour contrary to the Guru’s teaching. Their speech was strong and full of conviction, and their persona contained a divine attraction. Their critique was indiscriminate; challenging the Prime-Minister of the world’s largest democracy was akin to scolding a young child for Sant Jee. They became the living definition of Guru Gobind Singh Jee’s ‘Khalsa’.

Contemporary commentators remarked that Sant Jee was the second Sikh Figure after Akali Phoola Singh to have such passion and pain for the Sikh Nation. They lived and finally died by their motto:

Gurbani teaches us that even the Vedas were unable to describe the qualities of a saint. This is a small imperfect and incomplete description of Sant Kartar Singh Jee’s personality. 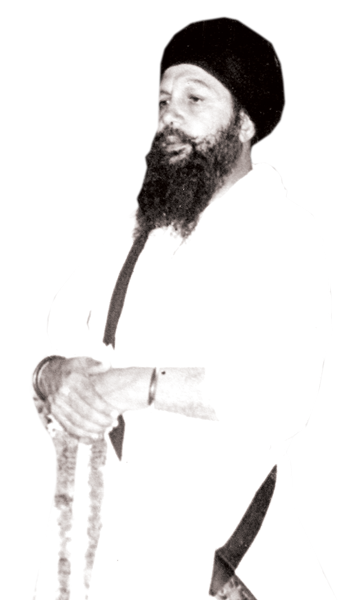